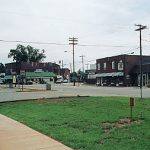 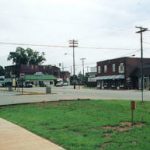 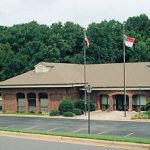 With her two sons, Jacob and Sidney, Mrs. Anne Troutman, a widow, moved with her family to Charlotte Road and Perth Church Road in 1853. The home they built no longer stands. Her sons built a shop for making wagons and carriages.

As the railroad was being built from Charlotte to Statesville, in the late 1850s, a construction camp was built near the railroad. This place became known to railroad people as “Troutman’s”. In later years to be Troutman.

Troutman was put on the map with the railroad running through it. When the railroad was completed to Statesville, a depot was built in Troutman. Trains stopped for passengers including loading and unloading of freight.